Pursuing a diagnosis with Jak Henderson 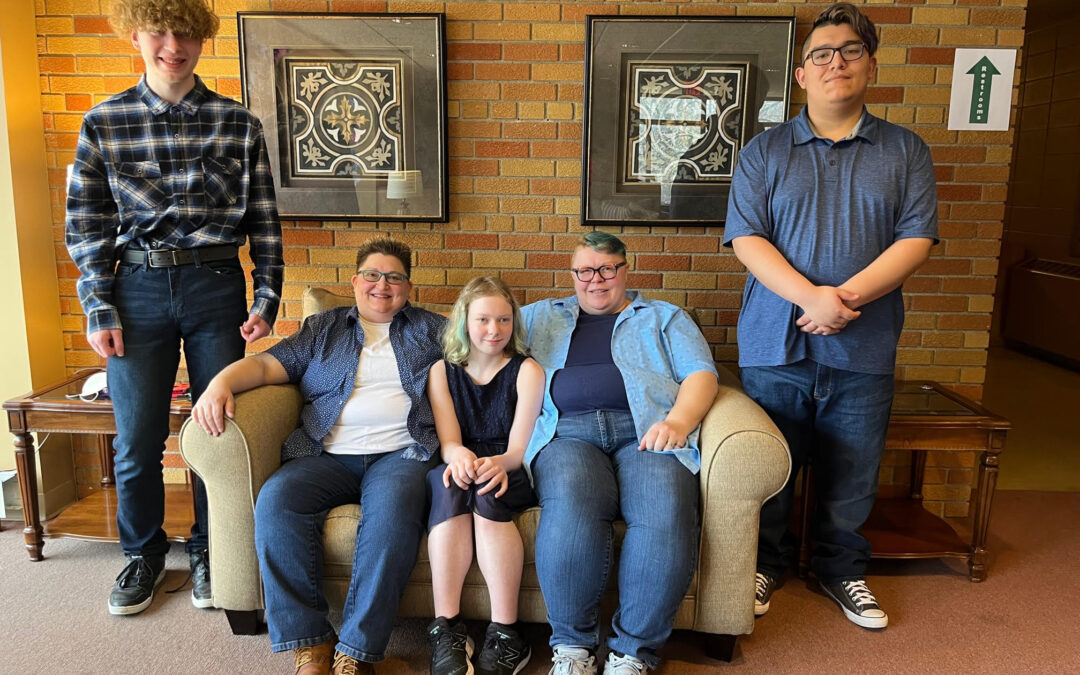 Jak Henderson watched the doctor examine the brown spots scattered across their daughter’s skin and waited for a diagnosis.

Seven-year-old Jillian had been experiencing ear, nose, and throat issues, high blood pressure, and low muscle tone for as long as Jak could remember. They were certain Jillian’s symptoms and cafe au lait spots were a dead giveaway for neurofibromatosis, which they’d begun to research after Jillian’s pediatrician suggested that Jillian be checked for it.

To Jak’s surprise, the doctor said Jillian’s spots were too light to indicate NF.

On the hunt for a diagnosis, Jak and Jillian encountered many dubious doctors and countless setbacks, including a genetic blood test that came back negative for NF. Still, Jak was convinced that Jillian’s symptoms fit the description.

“I was adamant as a parent, like it’s NF1,” Jak says exasperatedly. “I just felt like we weren’t listened to.”

When Jillian was 10, a skin punch test confirmed Jak’s suspicions. After three long years, Jillian was diagnosed with mosaic NF1.

Before Jillian’s diagnosis, Jak was working as a paraeducator while raising four children with their wife in Minnesota.

When Jillian, their youngest, began experiencing health issues, Jak left their job to take care of Jillian full-time. They threw themselves into the NF world, consuming all the research they could find and becoming a fierce advocate for their daughter. Because Jillian has mosaic NF1, an underresearched presentation of NF that can present abnormally, finding resources and getting a diagnosis was even more challenging.

To this day, Jak’s not sure whether Jillian would have ever received a proper diagnosis had they not taken it upon themselves to learn about NF.

“I feel like I had to make myself an expert and I had to educate basically anybody we went to about it so they know how to treat her,” they explain.

Jak and Jillian give the same NF spiel in nearly every room they walk into.

It was during their search for information and support that Jak stumbled upon the Littlest Tumor Foundation. After struggling with uninformed doctors and the exhausting responsibility of always being the educator, LTF was a welcome reprieve.

“Having the Littlest Tumor Foundation and a network of parents to reach out to is great,” Jak says. “We can always contact them and bounce things off of them.”

Jak’s family began attending the NF Family Wellness Retreat in 2018, where Jillian was able to connect with other kids with NF and her siblings, with other siblings of kids with NF. Despite two years of COVID-postponed retreats, Jak’s son still talks with one of the siblings he met at his first retreat. A few years older and with a cell phone, Jillian looks forward to returning to the 2022 retreat and staying in touch with the friends she’ll make there.

Now 11, Jillian’s NF looks a little different. She still deals with high blood pressure but is also managing the initial symptoms of scoliosis and dealing with learning, mental health, and sensory processing struggles.

She’s also incredibly creative and artsy. These days, Jillian is a fanatic drawer and painter.

“Our kids can do hard things even though they are going through hard things,” Jak states proudly.

To other parents of children with NF, Jak emphasizes the importance of educating yourself about NF and speaking up.

“Don’t depend on other people,” Jak says. “Advocate for the rights of your kid. If something doesn’t feel right or sit right with you, make sure you say something.”