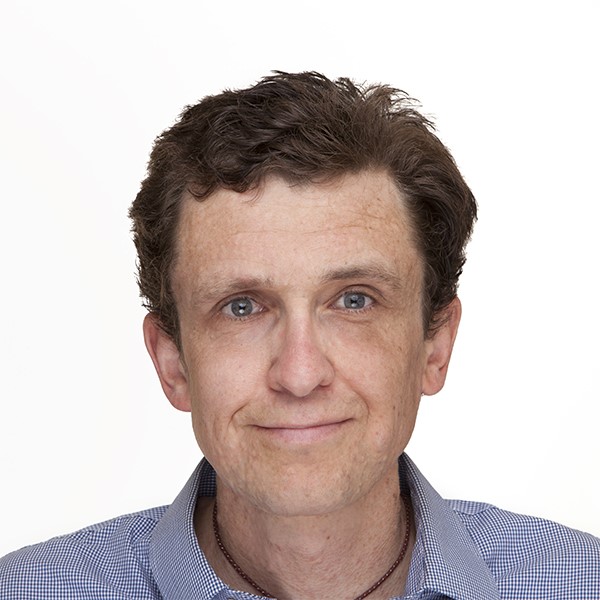 In July of 2006, Zachary York stood at the top of Mount Whitney, sporting a proud smile and gear from many big outdoor clothing brands on the market.

The climb was the culmination of months of networking and planning. For his high school senior year project, Zac resolved to take on the tallest mountain in the contiguous United States to raise money for pediatric brain tumor research. Zac himself has neurofibromatosis and wanted to give back to Lucille Packard Children’s Hospital where his doctor was practicing. While researching the climb and what it would take, an idea started to form.

“My superpower is that I am shameless in asking for help,” Zac reflects with a laugh. “I will write to big companies and tell them what I’m doing and that I need their stuff, and that I’ll make their company look really, really good. That’s what I did. I wrote to people and got them to believe in me.”

Brands like Patagonia, The North Face, and Merrell agreed to outfit Zac and his motley climbing crew, including his dad, a teacher from his high school, his personal trainer, and countless other people in his circle. The project started to gain momentum. Zac did speaking tours around San Diego and appeared on the news and in magazines. By the time he stood atop Mount Whitney, a high school graduate and nationwide celebrity of sorts, Zac had raised $16,000. 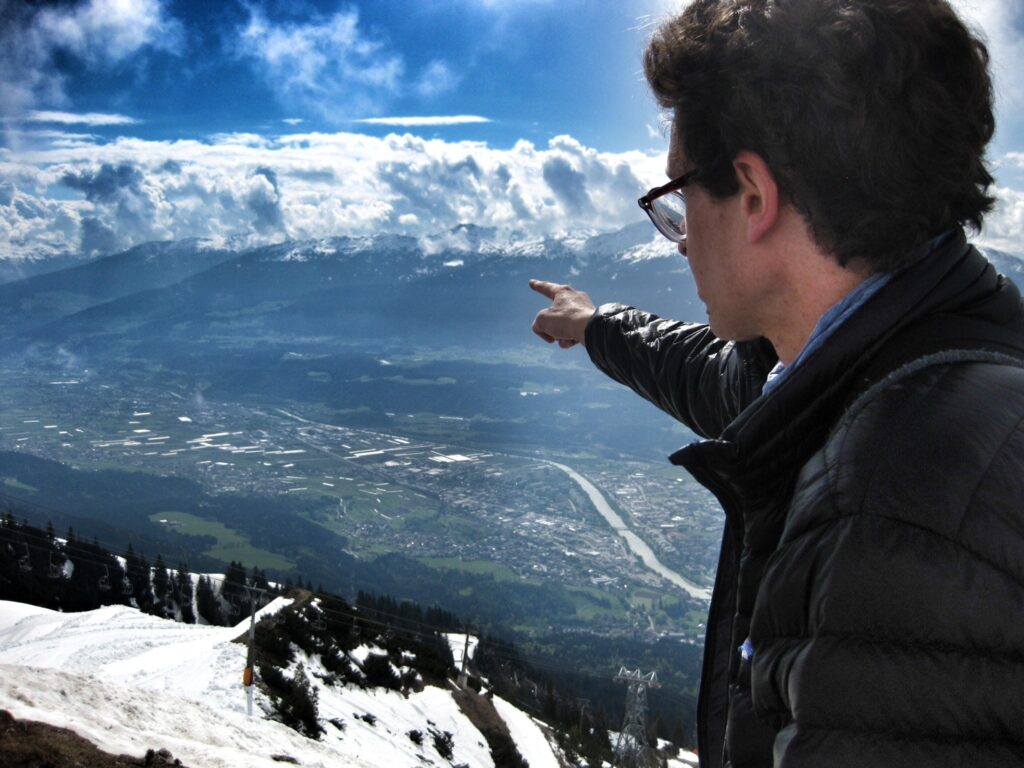 Zac was diagnosed with a spontaneous presentation of NF1 at eight months old. He had many cutaneous tumors throughout his childhood, but his symptoms escalated at age 12 when doctors discovered a tumor in his brainstem. Countless surgeries later, Zac was tumor-free and in recovery, looking for a non-weight-bearing form of exercise in a safe environment. At 14, he fell in love with swimming. He was good at it, too, making it to the 2004 paralympic trials in Minneapolis. Soon after, he discovered mountaineering, which would take him to the top of Mount Whitney two years later.

Even after his ascent, adventure followed. His studies of creative writing and Italian at the University of Arizona led him to study abroad in Italy, where he lived with a local family that didn’t speak any English. Despite the language barrier, or perhaps due to Zac’s miraculous ability to connect with anyone he meets, they would become lifelong friends, Zac returning to the family’s remote Italian village years later to introduce a friend to the second family he’d found.

Zac’s adventures were briefly cut short during his senior year of college when he was diagnosed with another brain tumor. He finished up his degree at home in San Diego while receiving treatment and had the tumor removed in 2011. The next year, he was back on the road. He returned to Italy, then interned in Beijing while pursuing a master’s in special education. After receiving his teaching certificate for teaching English as a foreign language, Zac moved to the tiny village of Ban Tok, Thailand to teach at a middle school. Zac looks back on his travels with immense love for the people and places he’s experienced and pride for everything he’s accomplished despite his condition.

“I have done more in my young life with a fairly hardcore disability than most able-bodied people do in their entire lives,” Zac says, noting how grateful he is to have the privilege to do so. 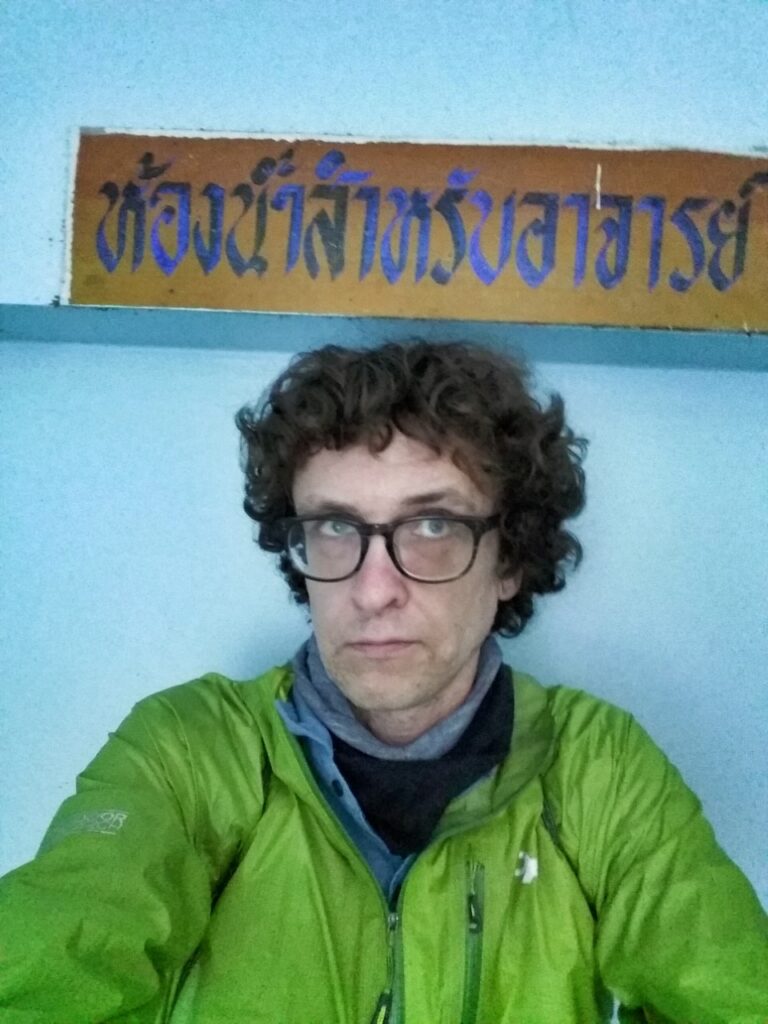 Zac teaching in Thailand in 2016

Upon returning from Thailand, Zac was diagnosed with a tumor in his spine. He received treatment and surgery at UC Davis and returned to San Diego where he’s lived ever since. Around the start of the pandemic, he decided that working in a shared office or classroom wasn’t necessarily safe for him. Thus began his newest endeavor: starting a business with his mom. SmARTworks for Artists helps artists with the business side of marketing and selling their art. Zac enjoys working out of his home office, where he has more freedom to manage his NF on his own schedule.

When he’s not managing SmARTworks’ website or writing copy for artists, Zac, now 34, is advocating for NF research and awareness. He reads every new NF medical press release he can get his hands on, keeping mental tabs on the questions he’ll ask his doctors. Some tell him he reads too much, but Zac appreciates the importance of being informed and encouraging others to stay informed, too.

“I have the home phone number and cell phone number for one of my doctors and I call this person and ask questions,” Zac explains. “I just try to keep an open dialogue. My geneticist at Mayo clinic, I go to her with these hardcore, super, super sciencey questions and she’s like, ‘What?!’

Zac also speaks about his experience with groups around the city. In 2022, he was on a panel of NF experts and doctors at a symposium hosted by Johns Hopkins Hospital. Among the wider NF community, Zac was overjoyed to share his knowledge and act as an example for others living with NF. The gathering left him feeling activated and empowered, he recalls.

In 2021, Zac attended his first LTF event, the virtual NFYA International Summit. He enjoyed meeting the wider NF community and acting as a resource for those learning to live with the symptoms and treatments he’s all too familiar with. By sharing his stories of travel and accomplishments alongside those about his “hardcore stuff,” Zac hopes that other young adults can see their potential to lead brave and fulfilling lives.

“I’ve felt like this since I was twelve: if my struggle and hardships can help someone see the road ahead, if I can add to someone else’s base of knowledge, then it’s all worth it,” Zac says proudly.