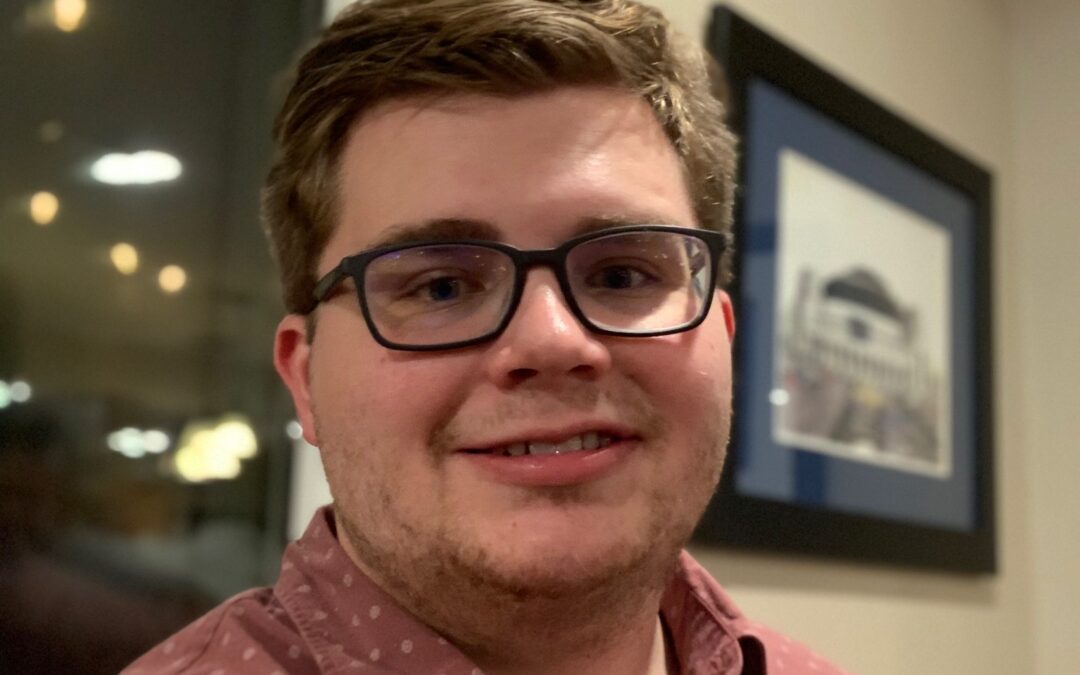 In the fall of 2016, Garrett Dohlke, then 15, was taking to the roads of Saint Louis, Missouri in preparation for his driving test. He’d just started his sophomore year of high school and was full of excitement for everything that lay ahead. In a few weeks, everything would change. Looking back, Garrett remembers sophomore year as his least favorite part of high school.

That fall, Garrett experienced his first seizure. He can’t remember having it, but he does remember how it put his life on hold. Drivers must wait six months after having a seizure to hit the gas, so his license was out of the picture for a while. He started seeing a neurologist more often, spent a day in the hospital getting an EEG and MRI, and was put on anti-seizure medication. His focus became understanding his seizure and preventing another from happening. Unfortunately, it wouldn’t be his last.

Around Mother’s Day of 2017, Garrett had a second seizure, pushing his license back another six months and taking his treatment back to the drawing board. Doctors upped his anti-seizure medication, and Garrett was diagnosed with epilepsy secondary to his NF1. He hasn’t had a seizure since, and he’s been driving since the fall of 2017. Still, the effects of his yo-yoing early driving experience have made him wary of getting behind the wheel.

“Shortly around the time I was able to start driving again, I kind of had to work my confidence level back up to get back onto the main road,” Garrett explains. “I also hate driving. I don’t know if that’s because of a semi-traumatic drivers ed experience or it’s connected to being really disconnected from driving for periods of time.”

Before his teenage driving debacle, Garrett was a toddler growing up in Saint Louis, recently diagnosed with NF1. Being diagnosed at such an early age, NF was just an everyday part of life for him.

“I just kind of grew up having NF,” Garrett says. “Going to the neurologist was just a normal part of life and something I didn’t realize other people didn’t do.” 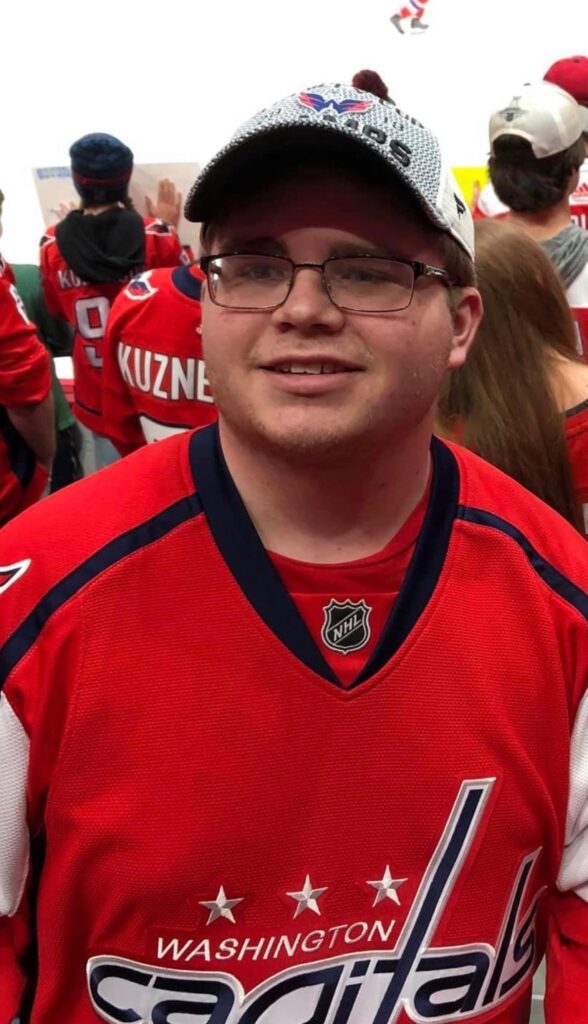 Throughout elementary school, Garret tackled a learning disability, speech impediment, and autism, all manifestations of his NF. He did well in school regardless, owing to his hard work and passion for learning. But his learning struggles escalated as he grew older and faced pushback from his school and fourth-grade teacher while fighting for an Individualized Learning Plan (IEP).

“My teacher and the school were pretty unwilling to work with us,” Garrett reflects, shaking his head. “We were basically told, ‘No, you can’t do it,’ because I guess I was doing too good in class to warrant [a plan]. Fourth-grade year was really hard.”

Fifth grade was easier. His teacher recognized that Garrett needed accommodations and began giving him extra time on tests, more space to complete math problems, and more lines on paper to write an essay. Garrett says the accommodations helped him do his best work and reach his full potential. Later in middle and high school, he transitioned to a 504 plan and got accommodations on standardized tests, making it possible for Garrett to thrive and continue to perform well academically. He says he doesn’t know where he’d be without them.

Despite the issues Garrett faced with his elementary school, his doctors have been incredibly supportive throughout his life. When Garrett pushed for an IEP, his neurologist was on his side advocating for him. When he had seizures, his doctors were quick to work out a diagnosis of epilepsy and create a treatment plan.

“My doctors were very proactive and helpful in getting that diagnosis,” Garrett says. “It wasn’t, ‘Oh, you had a seizure, you should probably get on medicine.’ It was, ‘Here’s the medicine I think is best.’ That process was very smooth.”

Garrett traces his positive experience back to the resources he has in Saint Louis. He sees doctors at the Washington Unversity Neurofibromatosis (NF) Center, including Dr. Gutmann, who has done groundbreaking research on neurofibromatosis. As Garrett’s become more involved with the NF community, he’s realized that not everyone has such a positive experience with doctors.

“Now that I’m older and have had opportunities with nonprofits, it’s hard to hear that not everyone else has similar resources and experiences with doctors trying to go above and beyond,” Garrett says thoughtfully, adding, “I’m very fortunate.” 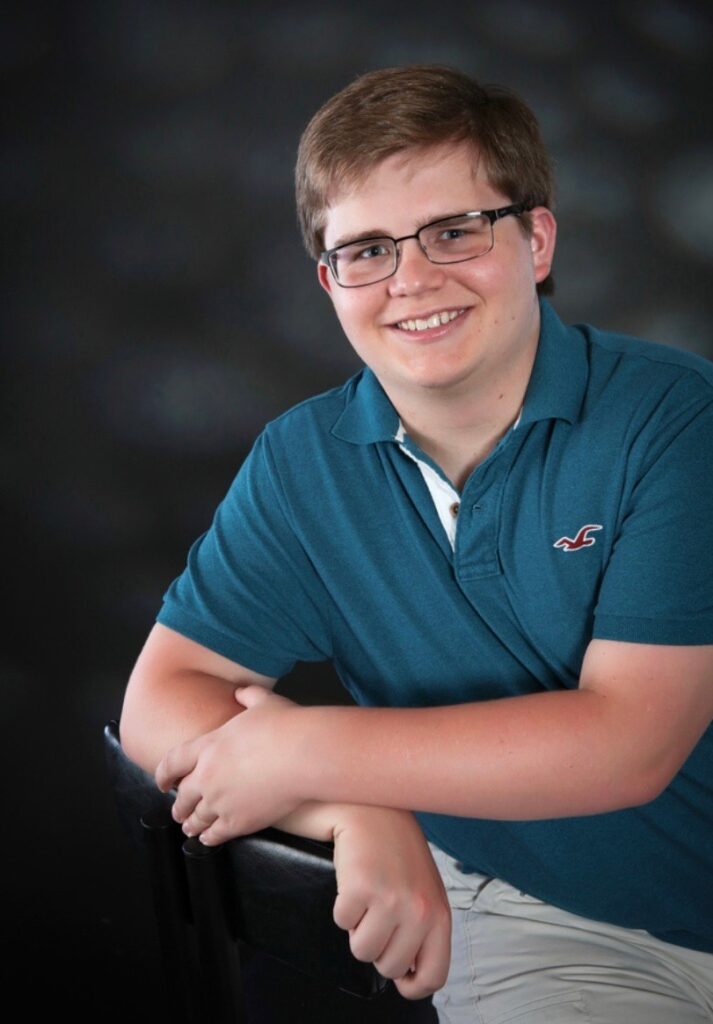 Garrett became involved with nonprofits during his senior year of high school when he applied for and received the NF Midwest Scholarship. NF Midwest introduced him to other NF-related opportunities, including the Littlest Tumor Foundation’s NF Young Adult Leadership Program. In the spring of 2020, Garrett traveled to Washington, D.C. with a group of young adults with NF to develop their advocacy skills and connect with policymakers.

As someone with a spontaneous mutation of NF, Garrett grew up as the only one in his family with NF. While they were incredibly supportive, he often felt alone in his experience and struggled to fully understand how NF fit into his identity. He says meeting a group of people like him at the Leadership Program was life-changing.

“Being able to make those personal connections with people my age with NF was really amazing,” Garrett says, smiling. “I still talk to some of the people I met. As much as it sounds weird to say, I kind of point to that experience and time period as when I started feeling comfortable having NF.”

Since the Leadership Program, Garrett, now 21, has served on a panel of young adults for the 2021 NF Collective’s Transitioning to Adult NF Care webinar. Today, he provides feedback on LTF’s content to ensure the NF community is effectively reached. Through this advocacy work, Garrett has realized the power he has to effect change and raise awareness of NF. It’s no longer something he’s willing to stay quiet about.